Today is the day! I officially launched signature.email on Product Hunt. Product Hunt is a popular website where companies small and large launch their new tech to get community feedback. Each day a new set of products appear on the home page of the site and the community upvotes them based on what they find interesting and valuable.

It’s been a long road to get here. I set out about a year ago to develop an editor that was tailored exactly for email signatures without limits on how many fields or images can be included. After hundreds of hours of development and thousands of email signatures created by users during the beta phase I decided that it was probably time to officially launch it to the world.

A number of years ago I mentioned to a fellow developer that I had to build an email signature for a client. He sent me a pretty basic HTML/jQuery/PHP page he had built for a client where you could have someone type in their information and they could copy and paste the signature and do what they wanted with it. I duplicated that a number of times for a few clients of my own.

I had thoughts about how this tool could be built better and how someday it might be sellable. My concern was always that there was too much competition around email signatures and I didn’t think that it was worth trying to compete in a somewhat crowded space already. One day while listening to the Indie Hackers podcast they were talking about competition and that it isn’t a bad thing. It often proves that there is a business model there and that people are willing to pay money for that product or service already. It is much harder to create some new “type” of business and try to convince someone that they need to pay money for that thing.

So I started with some basic wireframes and quickly got going on some basic prototypes. It was pretty ugly at first and had some weird limitations. The whole editing experience was dependent on the sidebar, even dragging and dropping fields around happened there. I knew that I needed to have some of these elements in place for this tool to work:

Those four things took a long time to do and there were a lot of starts and stops in between. It can be hard to maintain long-term motivation on a product when people aren’t using it and you get sick of it.

I had been warned plenty of times that launching on Product Hunt would not bring instant success or anything like that. Most of the time people on Product Hunt do not exactly represent your audience. That said, I was hoping that this would generate some buzz and get a bunch of people looking at the site and considering it as a future option for their companies.

From the launch day I got:

Which I was pretty happy about. Ultimately I'm just glad my product got featured on the home page and didn't wither and die in the obscurity of the "Newest" tab. $77 wasn't a huge about of money, but some traction was better than none.

The cool thing is that traffic has continued to flow to the site. Being within the top five on launch day enabled the product to get featured in the Product Hunt email newsletter the next day. And then people continue to come to my site via Product Hunt even though the launch was over a week ago no. I honestly have no idea where they are seeing it at! This has enabled the product to get over 650 upvotes and almost 4,500+ unique visitors coming to the site over the past week. A number of purchases have come in as well bringing my earnings from the product to around $800.

It has been so exciting to see regular users on the site, to get some feedback and questions from them, and to start seeing some search engine traffic grow on the site. There is still a long way to go, but I think I have proven that the concept is solid and it is worth continuing to invest time into it! 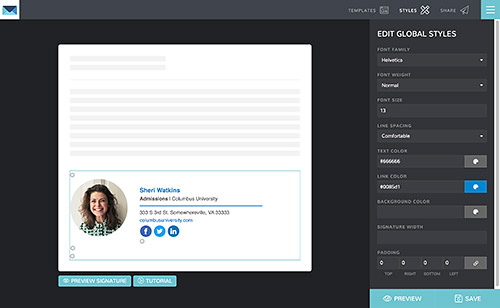 Looking for a new way to create and share email signatures?

Create your Signature Learn more
Back to Blog